At Tuesday’s meeting of the Victory Heights Community Council (read the complete minutes here) in addition to an election to vote in a new President and Vice-President (congrats to Ann Forrest and Monica Harris, respectively), there has been much movement on the plan to install an emergency preparedness HUB in Victory Heights Park. Originally the community council was going to apply for a matching grant from the city in order to buy and maintain the supplies for the HUB. The “matching” was done using volunteer hours in the community. However, the city’s Office of Emergency Management has decided they really want more HUBS in the city (“200 in 7 years,” or one within 1/2 mile of every resident in Seattle) and so they have made it much easier to obtain a grant and done away with the matching requirement. They are also offering to sell a $1500 “HUB-in-a-box” starter kit with nearly everything (except radios) to get going setting up a HUB.  The logical place to store it (and set up) is in Victory Heights Park, and the Parks Department has agreed to let us use the concrete pad next to the playground. We are still looking for ham radio enthusiasts in the neighborhood to help with our communication needs.
Speaking of the park, the planned playground renovation has been pushed back yet again, and construction now will start in Spring 2017 and take place during the summer. Designers were also persuaded to use wood chips under the equipment instead of “synthetic turf.” 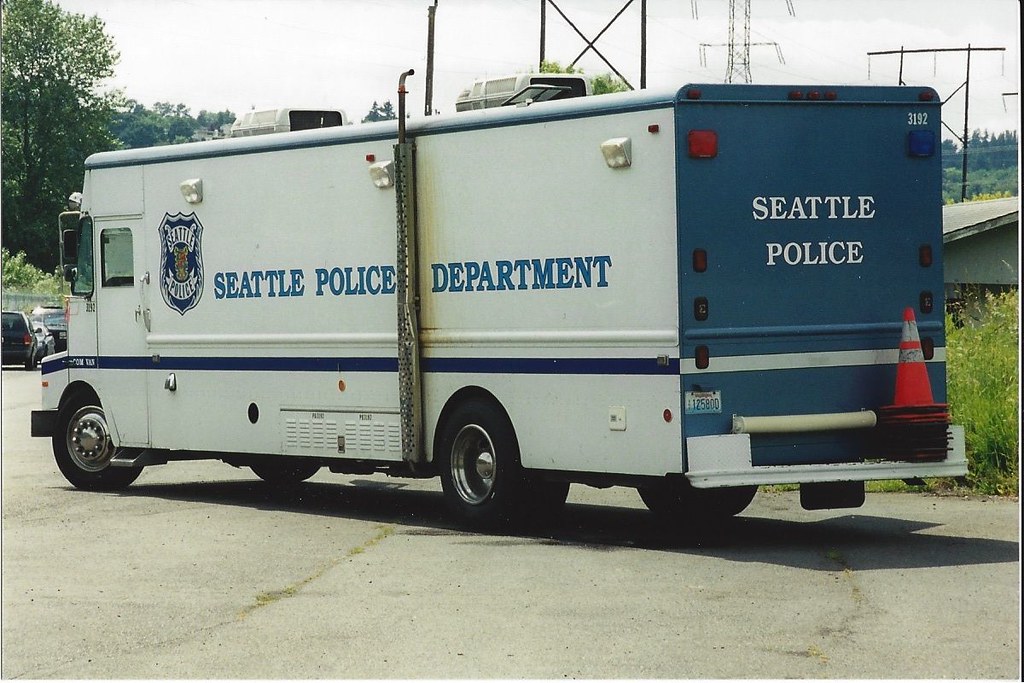 And the Seattle Police Department’s 36-foot-long “mobile precinct” will be visiting Victory Heights next month! It will be stationed next to the park in time for our meeting on October 18th and the public (and kids) are welcome to get a tour.